University of the Pacific, Housing & Greek Life is a featured program.

One area that was identified as a key need in enhancing our student experience was to critically evaluate the role the RHA played on-campus.  The Residence Hall Association has demonstrated tremendous growth in the last two years. 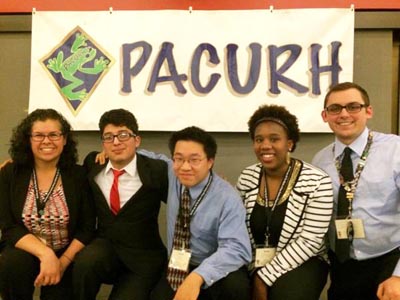 Fundraising.  The organization has increased its fundraising efforts which have resulted in additional program support and representation at both regional and national conferences.

Traditional Campus Wide Events.  The organization established traditional campus wide events which include a Welcome Back Snow Cone event, Tie Dye, and Spring Festival.  Attendance at these events has increased and well over 100-200 students attend the now annual events.

Funding of Programs.  The organization has also increased its funding of programs hosted by the residential communities and supported purchases of community shirts.

Recruitment and Visibility.  In an effort to increase their visibility and collaboration, RHA also participated in recruitment efforts during summer orientation and at university events; have co-presented at the annual hall government student leadership retreat; provided welcome gifts to residents; collaborated on programs with other campus organizations; and maintained a weekly newsletter.  The executive board built a great foundation for the organization, and next year they will continue to increase their presence with their new office location.

Focus on Leadership Development.  At the core of the RHA revitalization is an emphasis on hall government as a foundation for developing leadership within the residential communities.  Since 2013, Housing and Greek Life has supported a hall government retreat to help build and grow leaders.  Staff training for RDs and RAs was also enhanced in the areas of advising and cultivating leadership at the hall level.  All of this has led to a marked increase in participation within hall governments that has carried over to greater involvement and service within RHA.

Research Project on The Role and Impact of Hall Government

Win Ye, Residence Director for Grace Covell Hall, recently completed a research project in his graduate program that evaluated the role and impact of hall government.  Here are some of the results from this qualitative assessment:

For leadership, they learned the value of supporting one another through accountability and following through. Everyone on the board held a position, which comes with certain responsibilities. In order for the group to be successful, everyone must be doing their part. When someone doesn’t do their part, the rest of the group is not able to do their work properly. In order to prevent that from becoming a reoccurring issue, they have set weekly deadlines and members would follow up with one during the week; one of the executive members really appreciated the follow-ups, “I realized that if I don’t do my part, then I’m letting down the rest of the hall govt. Also I really like that I would get reminders with texts or Facebook message, for me to get my work done.”

In terms of professionalism, each of them feels that they have further developed their skills in by effective communicating in a group setting.  Many of the executive members stated that they learned the difference on how to communicate with others depending on the setting they were in; you can be a little more casual with friends, compared to in an executive meeting or with other professional staff.  One executive stated, “I like the fact that we can joke around, but I like that we learned to be focused and serious when we need to be.” 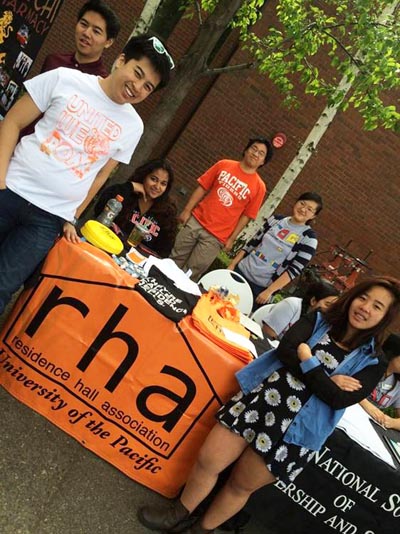