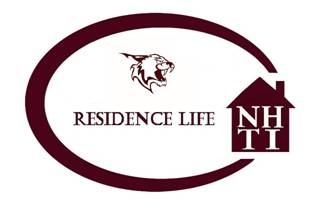 When I arrived at NHTI in the fall of 2013, I was informed each of the residence halls on campus has a hall council group that is comprised of students who want to sponsor events and implement initiatives to improve the residence halls.   I noticed as that first year went by that each of the three residence halls had similar issues occurring with their prospective councils; the groups were unorganized, there was no student leadership, and there was no commitment to the cause.  I found that the hall directors (who are the advisors) were running the meetings most of the time, rather than the residents who are on the executive board.  There was no constitution for the group or guidelines for an inter residence hall council or any resources to reference.

After my first year of assessing the issues our hall councils were facing, I wanted to positively impact these organizations, by pursuing a course of action to improve the effectiveness of the group.

Developing a Plan:  Getting to task…

Create a Consistent Framework for your Student Leaders:  To address basic structural issues and organization problems, creating a manual for all 3 halls on campus provided a framework for our student leaders to follow.  This also made the three residence halls on campus more consistent with each other; establishing the same expectations across the campus as well as the same positions in each hall assists with consistency with hall council effectiveness in each hall.  The manual also acts as a resource for our student leaders.  The hall council and the executive board positions are promoted as an introductory leadership role on campus for those students who may be hesitant to get involved in a campus organization or with a Resident Assistant position.  It was anticipated the manual for these new student leaders would help them with topics such as how to run a meeting, how to plan an event, and how to create and manage a budget.

I found that a lot of schools across the country have residence hall organizations similar to the hall councils at NHTI and it was great going to their websites to gain different perspectives and tools to utilize at our smaller institution.  Reslife.Net provided additional information on top of what I’ve found from Southern Michigan University and Northern Michigan University.  I also reviewed articles in Psychology Today in regards to leadership.  When creating the constitution for the organization, I adopted the skeleton of the RLAGS (Residence Life Association for the Granite State) constitution and changed the major components of that constitution to be adapted to the NHTI hall councils.

After the manual was created and reviewed by the NHTI residence life pro staff, it was implemented for the school year beginning in the fall of 2014.

Positions:  A five-person executive board was created, adding a new member called the CAB Ambassador which allowed that student to join the Campus Activities Board (CAB) and report back to Hall Council what events that campus organization was initiating.  This step helped us with the relationship with student life and it also prevented both parties from doubling up on events on the same nights.

Manual:  With the manual, expectations were laid out in the beginning of the school year and they were met.  By using the manual students overcame obstacles of how to run a meeting as well as confronting someone who wasn’t fulfilling their responsibilities of the team.  The manual also helped solidify traditions for the residence halls as well as creating new initiatives.

Accomplishments – Facility Upgrades:  In North Hall, students lobbied to improve their hall and completely outfitting their lounges with new furniture.  The South Hall Council created a new look in their study lounge by giving it a bold paint job as well as securing new furniture perfect for studying – outfitted with small table tops.  The Strout Hall Council also encouraged and had input into the rehabilitation of the recreation lounge with the replacement of ten year old furniture and the addition of a new felted pool table.  The Strout Council continued their work with the improvement of the 2nd and 3rd floor lounges – implementing bold paint jobs and adding flat screen Smart TVs, and redefined their use to accommodate more than strictly study.  All three buildings upgraded their computer lounges with new desks and chairs to give them an updated look.

Accomplishments – Programming:  NHTI hall councils continued traditions like going to a Red Sox game in the spring semester and starting new traditions by hosting private screenings for big movie premieres in the renovated lounges.  In fall 2014, all three hall councils sponsored a private screening of the new Hunger Games film and in spring 2015, a similar screening occurred with the new Avengers film.

Accomplishments – Attendance:  All of the facility improvements and traditions increased attendance in the general membership meetings.  In the past perhaps five students in each building would attend; now the number of participants increased to twenty plus students per hall.

The NHTI residence life staff looks forward to continuing the traditions that were started, continuing to improve these second homes for students, and continuing to make the halls more appealing for incoming students and their families.